As high school sports get more and more competitive, some athletes start playing at an early age. By starting earlier, these players sometimes are further ahead in skill level than those starting later. With that being said, the talented players that start younger usually start playing on competitive travel teams in order to compete at higher levels and get better coaching. Learn more about fundraising for travel sports.

Whether it be baseball, softball, volleyball, or another, most sports are very competitive early on. If a child has talent in a specific sport, he/she can generally find a team to try out and play for.

Playing on a travel team at a young age usually involves a team fee which can be costly for some. These fees generally cover leagues fees (games), uniforms, equipment, game officials and sometimes a coaching fee. These rising costs make fundraising for travel sports necessary.

Although coaches sometimes realize the need for fundraising, it can be the last thing on their minds. Having a player parent manage the fundraising can sometimes be helpful. 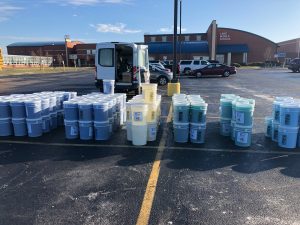 A lot of times, teams get involved in several fundraisers that involve the work of players and parents.

Some of the more common fundraisers are selling items like cookie dough, pizza kits, candles, or holding events like raffles and car washes, just to name a few.

There are several traditional fundraisers that have been around for years, but recently a new fundraiser idea has been growing immensely.

The idea that instead of selling overpriced products that nobody wants to buy, you sell a product that people use daily and budget for, is what started the necessity fundraiser.

If you are like most, you may be asked to support several groups over the course of a year. It may be a friend, relative, coworker or neighbor asking you to support, but sometimes you may feel guilty saying no, so you purchase.

We know, we have been there. It is not a great feeling when you end up purchasing an overpriced container of popcorn that you really did not want, but when you get the chance to purchase something that is of value and useful, it is a surprise.

Fundraise with a Product everyone needs and uses.

Several years ago, after hearing about how supporters were tired of buying the same traditional fundraisers year after year, a new concept was started. Fundraising would have to happen with a product that everyone needs and uses.

Then it was decided. A Laundry Detergent Fundraiser was a must.

The Laundry Detergent Fundraiser sells detergent in 5-gallon buckets for $45.00. The 640-ounce product would do approximately 320 loads and would be roughly 50% off retail.

The product is comparable to national brands like Tide, Gain and Downy, just made by a private label manufacturer. The profits per bucket would be $14-$15 depending on the volume sold. That’s a win-win!

When customers can purchase a quality product that they can use daily and save money, they will want to support you. You will actually have supporters that start running low on detergent and ask when your next fundraiser will be.

You will save them money and they will find the quality just as good if not better than the name brands. This will make you loads of money without working hard. What’s even better, word spreads and your fundraiser will grow year after year.

“Personally, I have used uScore’s product in the past, but this was our first year working with them as a fundraiser for our team. They were very easy to work with and Tyler was always easy to contact and quick to respond to questions. The quick delivery was a huge bonus for us on top of the quality of the product. I definitely look forward to continuing our fundraiser in future years with uScore!” 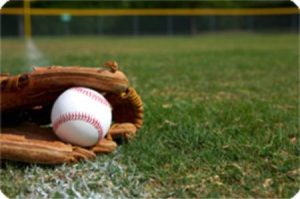 With the uScore Fundraising Laundry Detergent Fundraiser, you will sell for two – three weeks and about 7-10 days later your group’s order is delivered. It is that easy.

You Will NEVER Need Another Fundraiser

Because of the quality of the product, usefulness, high profits, and ease of selling, your supporters will let you know that you’ve picked a great fundraiser. How often does that happen. Usually, they don’t answer the door when they see you coming.

For more information and testimonials about the fundraiser go to uScore Fundraising.

Fundraising For Teams and Organizations

Need to Fundraise? Plan Ahead